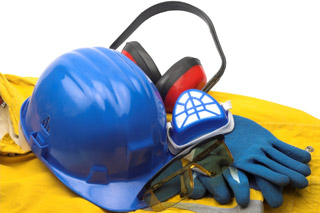 A landscaping company has admitted to failing to properly train and supervise work on a dangerous machine after a 16 year apprentice undertaking work experience had a finger amputated while working unsupervised on a log splitter.
The teenager had only been working for just three weeks when the incident happened.
The apprentice was shown how to operate a log splitter by the company owner, and then left to work alone. While the teenager was operating the log splitter unsupervised he held a log in place, started the machine, at which point the hydraulic blade of the log splitter came down onto the log and severed his finger.
The incident was investigated and it was found that that while the boy was working alone on site at the time of the incident, there was no first aid given. The teenager was later taken to hospital but his injuries were too severe to save his finger.
This incident highlights companies taking on apprentices must take into account the young person’s inexperience and perception of risk. Work experience for young people is incredibly valuable and is to be encouraged; however, they should be fully supervised when operating dangerous machinery.
The company pleaded guilty to the offence under Section 2(1) of the Health and Safety at Work etc Act 1974, has been fined £6,000, and ordered to pay costs of £1,017.
Construction workers fall from height
A London based construction company has been fined after four workers fell more than three and a half metres whilst carrying a ventilation unit.
During the process of redeveloping a warehouse the four workers tried to move a ventilation unit into position, when the working platform they were working from became overloaded and gave way. The incident left two of the four injured men with leg fractures, while a broken collar bone were among the other injuries caused by the incident.
It became apparent that neither the work at height nor the lifting operations were planned properly, and that the company had failed to manage the risks associated with working at height and carrying out the lifting operation. The company also failed to have the right level of trained personnel and supervision in place to carry out these tasks safely and effectively.
The company pleaded guilty to breaching Regulations 6 (3) of the Work at Height Regulations 2005 and Regulation 4 (1) of the Manual Handling Operations Regulations 1992 being fined £450,000 and ordered to pay costs of £1038.
Council fined £570k as a result of fatal fire
Southwark Council has been fined a total of £570,000 after being successfully prosecuted by The London Fire Brigade over fire safety failings in a tower block that led to the death of six people, including three children in July 2009.
The council pleaded guilty to four offences that found a number of structural and fire safety issues, concluding that fire safety requirements were not being met, putting residents at risk of death or serious injury.
The four charges included:

The council was fined £270,000 and ordered to pay £300,000 in court costs.
All persons with a responsibility for premises whether it be companies or residential landlords, including large housing providers, such as councils and housing associations, have a clear responsibility under the law to ensure that their premises meet all fire safety requirements and are effectively maintained to provide protection in the event of a fire and keep their residents safe.