Employment Law issues to keep your eye on during 2018 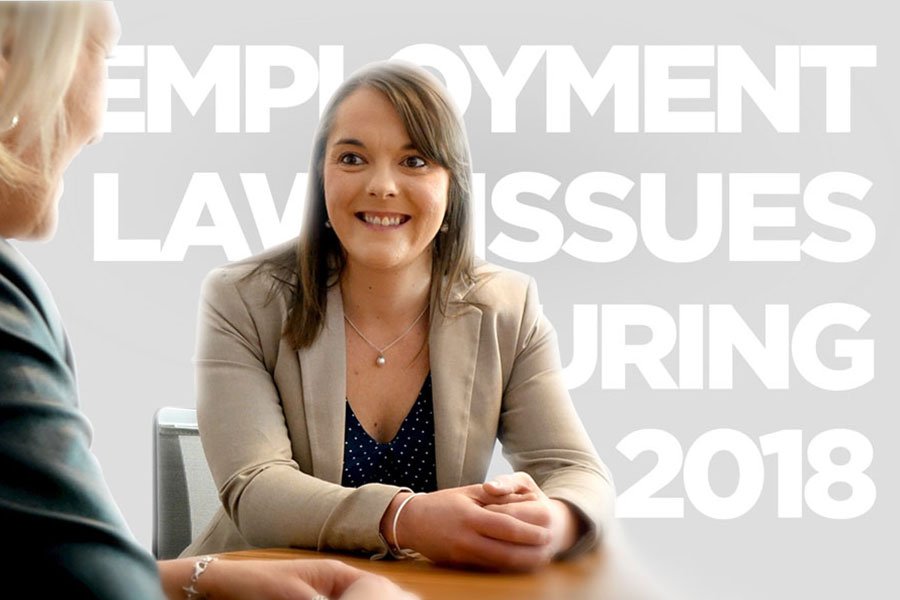 It is hard to believe that we are already two months into 2018: where exactly does the time go? 2017 was a very busy year for employment law and 2018 is set to be just as eventful or, dare we say, exciting!
Businesses can expect a number of changes and developments through this coming year and we will of course keep you updated in respect of all key issues however here is a summary of the top 5 things that we think that SMEs should be keeping an eye on in 2018.

The new GPDR are coming into force on 25 May 2018 and will overhaul the way in which employers and businesses of all sizes process and control personal data which comes into their possession.
For the most part, businesses who already comply with their current data protection obligations will already be some way to meeting the terms of the GDPR however there are changes and introductions which will affect all organisations irrespective of current practice.
With effect from 25 May, all employers will have to have robust and demonstrable processes in place to protect employee data and will have to be able to show that they have a lawful ground for holding and processing the data which may, in some cases, need underpinning with express and direct from consent from the employees themselves.

In July last year, the requirement for disgruntled employees to pay a fee to bring Employment Tribunal claims was abolished. There has been mixed reaction to this decision and whether you consider the fee abolition to be a good thing or a bad thing, one thing is clear, Tribunal claims are set to rise.
In addition to the abolition of fees for new claims, a scheme has now been rolled out to allow claimants who were previously denied the opportunity to bring claims because of the fees to have their claims reinstated. As such, employers could face claims related to both current and historical issues.
Whilst all employers should always be mindful of their legal obligations to their employees, particularly in relation to those relating to courses of action which can result in dismissal, it is even more important that employers pay proper regard to the same at this moment in time if they wish to reduce their risk of receiving a Tribunal claim.

Following high profile cases involving employers like Uber so called “gig-economy” employers have been in the political spotlight for some time. Pressure has been mounting on the Government to address the grey areas relating to the employment status of workers and this topic formed part of the recent Matthew Taylor Review which was publicised last year.
The Review suggested that reforms to employment status of workers be made and it is expected that the Government will announce some proposals in this respect later this year based on the recommendations made.

This year, the Sash Windows case returns to the UK courts after Europe ruled that a worker must be able to carry over unused holiday pay when the employer does not put that worker in a position to take the paid annual leave.
In this case the employer tried to argue that the claimant was self employed and so not due any paid holiday however the courts disagreed.
Following further judgment on this case employers can expect to receive further information about limitations on claims for historical non-payment of holiday pay and whether the current limit is lawful.

Private and voluntary sector employers with 250 or more employees have until 4 April 2018 to publish their first gender pay gap report with specified public sector employers having until 30 March.
The reports will cover pay data from 2016 to 2017, including the differences in mean pay, median pay, mean bonus pay and median bonus pay between male and female employees. The reports also have to set out the proportion of male and female employees in the pay quartiles of an organisation and the proportion of male and female employees who received bonus pay.
Employers must post their reports on their own website and on a Government website which already has more than 350 published reports online.
Although this email just summarises five changes, 2018 is set to be a busy year employment law wise. Do keep an eye out on our website www.howarths-uk.com for more updates and if you want to discuss anything in this email or, any other employment law related matters then please feel free to contact one of our employment law advisors on 01274 864999.