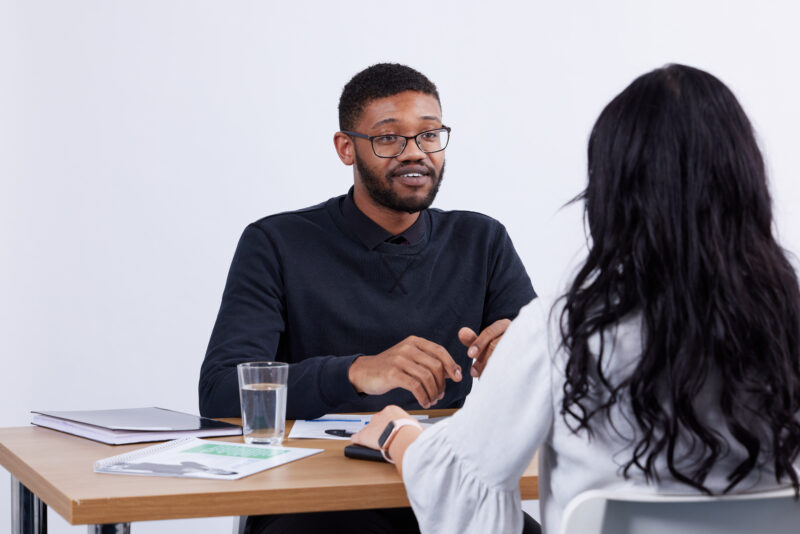 Religion or belief is one of nine protected characteristics covered by the Equality Act 2010 and is defined in section 10 as follows:

It is unlawful to subject any person to discrimination on grounds of religion or belief and the EHRC Guide on religion and belief states ‘an employer should only question a belief in the most exceptional circumstances where, for example, it is very obscure, appears to be objectively unreasonable, or the sincerity of the belief of an employee is genuinely in doubt’.

In the recent case of Maya Forstater v Center for Global Development Europe and Others, the courts were required to consider questions around whether gender-critical views could be classed as a protected philosophical belief under the Equality Act 2010 and whether a lack of a belief in transgenderism is afforded protection by the Act. In some respects, last month’s judgment in this case is landmark in nature because it confirmed that not only could gender-critical views be capable of being classed as a protected philosophical belief but also that, in not having her contract of employment renewed for holding and expressing such views, the Claimant had been unlawfully discriminated against on the basis of her lack on belief in transgenderism.

Transgender is a term for persons whose gender identity, gender expression or, behaviour does not confirm to that typically associated with the sex to which they were assigned at birth- i.e. one biological status as either male or female Gender identity refers to a person’s internal sense of being male, female or something else. Gender expression refers to the way a person communicates gender identity to others through behaviour and whilst aspects of biological sex will be similar across different cultures, aspects of gender may differ.

Ms Forstater was a researcher who lost her job at a thinktank after tweeting that transgender women could not change their biological sex. Ms Forstater had an active social media presence, including a Twitter account. From 2018, Ms Forstater began tweeting about gender and sex. Following complaints from colleagues that her tweets were transphobic, her contract was not renewed and she was not offered employment. Ms Forstarter started Employment Tribunal proceedings against her employer on grounds that she believed that she had been unfairly discriminated against because of her gender-critical beliefs.

In 2019 the Employment Tribunal had to initially consider the question of whether gender-critical views were actually even capable of constituting a protected philosophical belief under the Equality Act. In her evidence, Ms Forstater said: ‘I have made clear that I have used the word ‘woman’ to mean adult female. It is impossible for a male to become a female. It is possible to undergo a social transition. Anyone who believes a male can become female and give birth, that is a delusion. My belief is that sex is real and immutable’.

Ms Forstater initially lost on this preliminary point with the Tribunal deciding that Ms Forstater’s beliefs did not meet the criteria for protection under the Equality Act. In 2021 however, she then won a landmark decision on appeal. The Employment Appeal Tribunal (EAT) found that her beliefs were protected philosophical beliefs with the Judge stressing that whilst gender-critical views might be ‘profoundly offensive and even distressing to many others…they are beliefs that are and must be tolerated in a pluralist society’.

Following the appeal decision, the case was then sent back to the Employment Tribunal to decide whether Ms Forstater’s claim had been proven on the facts and whether she had indeed been discriminated against because of her ‘gender critical’ beliefs. It upheld two complaints of direct discrimination and one of victimisation, the latter being based on the fact that the employer had removed Ms Forstater’s profile from its website following the tweets in question.

In making its decision, the Tribunal had to decide whether the employer acted as they did because of Ms Forstater’s beliefs, or because of the way she manifested them. Legally, this has an important distinction. Everyone has the right to hold or not hold a belief and discriminating against people because of what they believe is directly discriminatory (if the belief is, of course protected). If however, the reason why an employee is treated less favourably is not their belief but is the way they manifested the belief then this will generally be regarded as indirect discrimination. Workplace policies therefore, which restrict inappropriate manifestations of belief may indirectly discrimination against people who hold certain beliefs, but they may be justifiable as proportionate means of achieving a legitimate aim.

In this case, the finding was that the employer was objecting to the beliefs themselves and not the way in which they were manifested (therefore being indicative of direct discrimination). In terms of manifestation, the Tribunal considered various tweets, a video which Ms Forstater had shared which portrayed the possibility of trans women being predatory men out to assault women and a leaflet she had brought into work regarding female rights being under attack. Ms Forstater’s comments regarding the company’s anti-bullying and harassment policy were also considered, along with her open-share of her views within the workplace.

The Tribunal’s view was that Ms Forstater’s tweets were legitimate statements of her protected gender critical belief. The Tribunal considered that to characterise the tweets as manifestations of the belief to which objection could reasonably be taken would be to hold that the belief itself was not worthy of protection. Everyone has a right to freedom of speech. Even if Ms Forstater had made reference to the worst possible scenarios, the Tribunal held that even that was not objectively unreasonable or offensive in a public debate.

Overall, the Tribunal found that the employer had discriminated against Ms Forstater because of her protected belief. She had tweeted about her belief in a way that was not objectively inappropriate or offensive and the employer’s actions could not be justified as a proportionate restriction on manifesting those views inappropriately. The Judgment ultimately stated: ‘…the facts are such that the Tribunal could properly conclude that the tweets were a substantial part of the reason why Ms Forstater was not offered continued employment; and the respondent’s evidence, far from proving the contrary supports the finding that they were…’

What do Employers need to do?

The Forstater case is currently the most prominent case on the matter of gender-critical beliefs and the rights of transgender and non-binary people. That said, as a Tribunal decision this will not be binding on others. Employers can certainly however expect further legal developments later down the line, and for now the Judgment will remain a persuasive authority.

This case serves as a reminder to employers that they should continue to be mindful of the fact that a belief can (and is likely to) amount to a philosophical belief for the purposes of the Equality Act 2010. Offensive beliefs can still fall into this category and employers should be very wary of the risk of direct discrimination claims through acts including discipline or dismissal.

When it comes to workplace policies, employers should ensure that any employee requirements are capable of being justified as a legitimate means of achieving a legitimate aim. Employers can also ask employees to avoid proactively airing certain views in respect of beliefs they hold in the workplace if they are causing offence to colleagues. In the Forstater case, this was an instruction the employer gave and one which Ms Forstater agreed to follow.

As above, this is an area where we can expect to see significant and likely, fairly speedy development. Employers should ensure that they are abreast of the latest best practice and legal guidance when it comes to this specific area of religion and belief discrimination.

If you would like to discuss the implications of this case or, the transgenderism and your legal obligations in more detail then please contact the Employment Team on 01274 864999.