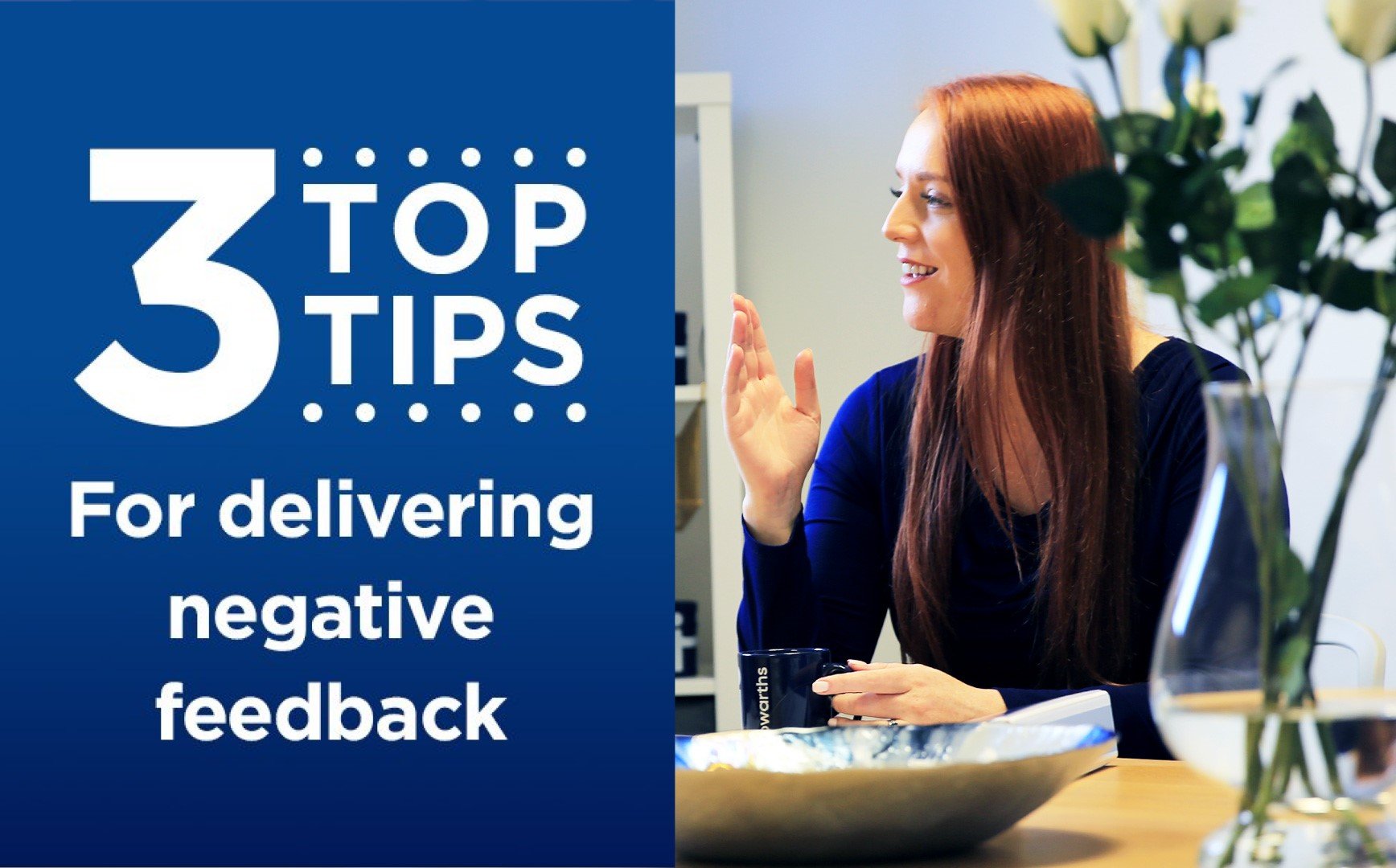 I don’t think I’ve met anyone who actually enjoys delivering negative feedback. And it’s easy to understand why. Having to tell someone that they need to improve on something just feels unnatural and awkward to most of us, and we don’t want to hurt people’s feelings. We’re only human, after all.
But as an SME, if you’re not investing in upskilling your managers and employees by delivering negative feedback, you’re setting yourself up for a fall. Think of the hours lost by your payroll team because Tim in accounts isn’t giving them all the information they need each month, or the new business lead that’s gone elsewhere because they didn’t like the tone that Sandra used in her introductory emails.
Issues like these are costing you money, and you need to address them.
But where do you start? Here are my top three tips to help you deliver negative feedback.

This might seem ironic due to the title of this post, but the term ‘negative feedback’ subconsciously makes you avoid addressing the situation because you assume it’ll be an uncomfortable situation. Plus, the person you’re delivering the feedback to is more likely to be on the defensive from the outset.
Instead, address it as ‘constructive feedback’. This way, as the feedback-giver, your mindset is already focused on how this conversation will improve something for the future, rather than draw on all the negatives from the past. Remember, it’s about moving forward!
Take Tim in the example above; instead of just telling him that sending incomplete information to payroll is a problem and he needs to stop doing it, explain the implications of the problem and give a clear example of why it’s important for him to rectify what he’s doing, and then suggest a solution:

“Tim, I’m aware that payroll have been getting incomplete information from you for the past few weeks. I just wanted to flag that it’s taking them longer to process payroll because the information’s missing, meaning they’re losing time for other tasks. Perhaps it would be useful for you to start gathering the information they need slightly earlier in the month, so you have everything you need when you come to send it to them. What do you think?”

As a manager or business owner, it’s your responsibility to let an employee know when they’re underperforming, and honesty is always the best policy.
They may already know what they’re doing isn’t quite up-to-scratch but don’t quite know how to improve, so being honest with them and framing your feedback to show how you want to help them overcome the problem will mean they acknowledge it and will thank you in the long-run.
So to address Sandra’s example above:

“Sandra, I just wanted to have a chat as I’ve noticed we’ve not heard from a few of your new business prospects since you sent your last email to them. I know it can be really difficult to get the tone of the email right, so I wondered if we could run through a few ideas together of how we can change the style slightly to get the responses we want?”

When you’ve delivered your feedback, don’t expect miracles overnight. It’s important that you follow up and make sure they have a goal to achieve that demonstrates how things have improved. Not only will this give your employee something to work towards, it’ll also help demonstrate to you that having that difficult conversation paid off.
For example, with Sandra, put a date in the diary when you’ll both get back together and review how many responses she’s had since introducing the new style and tone to her business development emails. This way, she can show you the positive impact of the changes she’s made, boosting her morale and ensuring that she’s on track to success.