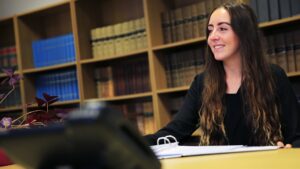 Apprentices are aged over 16 and work within organisations whilst having designated time for study too, building specialist and industry-specific skills as they do so. There are different types of apprenticeships and so it is vital that an employer has the correct agreement in place to cover the particular arrangements at hand. It used to be the case that the apprenticeship had to meet certain outcomes under an “apprenticeship framework” but the government have since introduced sector-related standards. For any apprenticeships that started on or after the 1st August 2020, these must be against a new apprenticeship standard. Separate rules apply to Wales. A list of the prescribed standards can be found here.
The importance of an apprentice being on the right agreement is set out by legislation. It provides that an Agreement must give details of:

As well as this, like with employees, apprentices should receive particulars of the key features of their employment as set out by section 1 of the Employment Rights Act. These “section 1 statements” as they are commonly referred to, which set out the minimum content required by section 1, can be incorporated into a contract containing the four points above that specifically relate to apprentices. The best approach if you are looking to save on some additional paperwork!
It is especially important that the terms relating to the apprenticeship are correctly drafted because Apprentices can either be on contracts of apprenticeship or contracts of service (employment). Although the first option sounds like the right approach to take, the sole purpose of the contract of apprenticeship is to provide training to the apprentice, and the provision of work is merely a subsidiary element. The training element of apprenticeships are commonly for fixed periods of time and attempts to dismiss apprentices before this, regardless of conduct offences or a need arising from redundancy (as examples), are fraught with risk. Unlike normal employment dismissals that fall under the Employment Rights Act, which specifically set out fair reasons for dismissal, contracts of apprenticeship are governed purely by caselaw so there are very few and limited circumstances in which a dismissal of an apprentice can be justified.
The alternative is to have an Apprenticeship Agreement specifically stating that the Apprenticeship Agreement is a contract of employment and not of apprenticeship. This can provide for specific termination events, such as non-attendance of training or failing of studies and would also mean that if a redundancy situation were to occur, apprentices can also be considered. Ultimately, it allows the apprentice to be treated the same as any other employee in relation to dismissal.
This article is in no way aiming to dissuade apprentices from being taken on. In fact, they are valuable assets to a team and can provide a real sense of reward to employers that have given them the necessary skills and tools to exercise their developing knowledge. Indeed, the government specifically introduced the right to place apprentices onto contracts of service (employment) rather than contracts of apprenticeship, so that employers are not dissuaded from taking on apprentices. Like with any relationship though, things can go wrong and it is important that an employer has the right to explore dismissal, as with employees, as a last resort in the worst cases when things don’t quite work out.