Or alternatively, use the form below to apply: 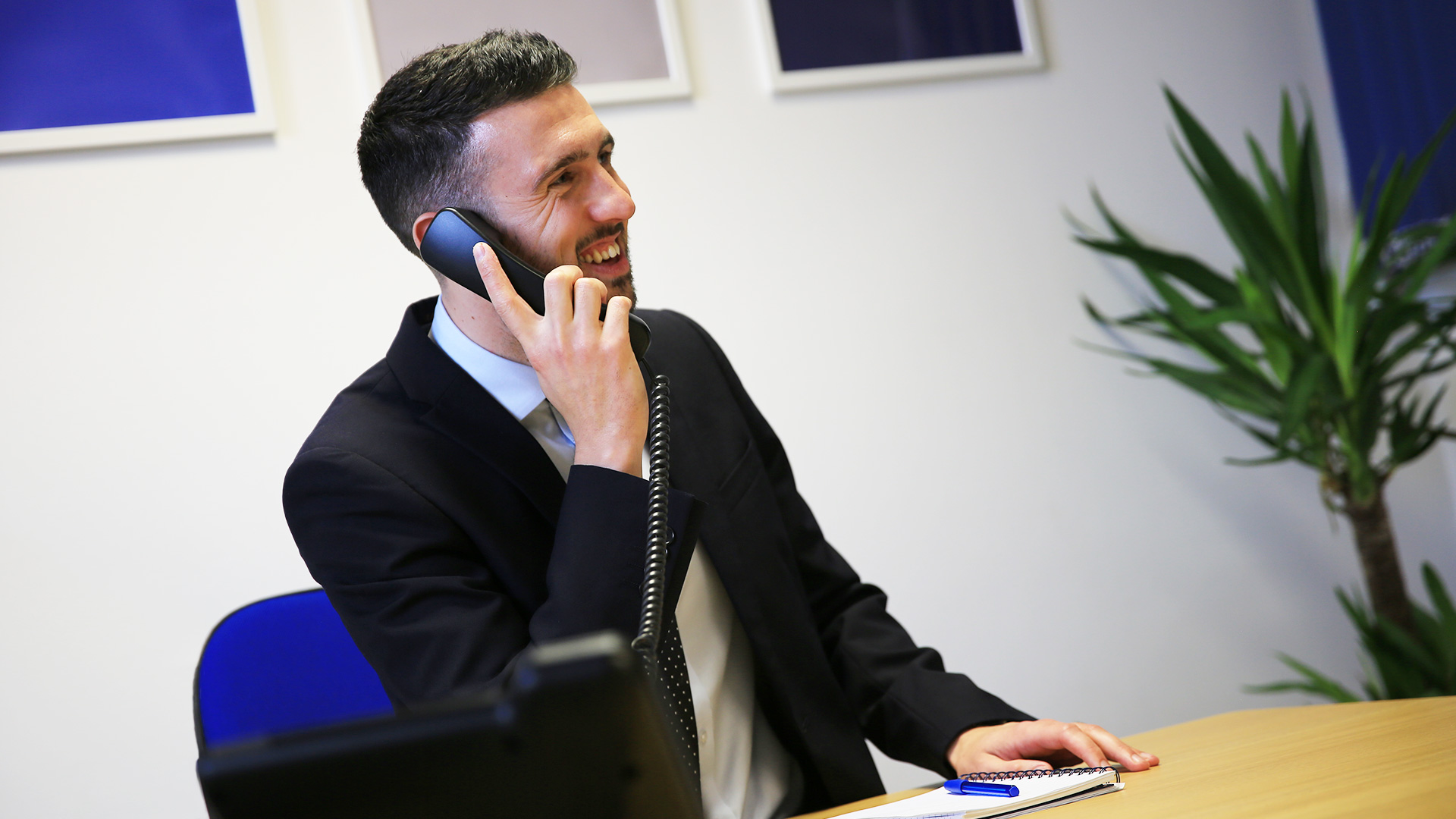 It is nearly that time of year again when Employment Laws, as we have known them for the previous 12 months, are subject to change.

A number of Employment Law changes are due to take effect from 6 April 2020 and we have prepared a summary of the key provisions that employers need to be aware of.

At present, employees who have been continuously employed for more than one month must receive a written statement of terms of employment within two months of employment commencing.

With effect from 6 April 2020 this becomes a Day One Right. All new employees and workers will have the right to a statement of written particulars from their first day of employment, irrespective of the length of their engagement.

As well as statements becoming due on Day One of employment with effect from 6 April 2020, they will also need to include additional information including:

There is no need to update contracts of employment / statements of particulars for individuals who started employment before April 2020. However, if an existing employee requests a new written statement they must be provided with one that complies with the new requirements.

Agency workers have the right to the same pay and basic working conditions as direct recruits after 12 weeks’ continuous service in the same role and this is known as the equal treatment principle.

Currently, there is an exemption from the right to equal treatment as regards pay (including holiday pay) if an agency worker is employed under a permanent contract of employment with the agency and is paid a minimum amount between assignments. This is called the Swedish Derogation.

The Swedish derogation is being abolished from 6 April 2020 and following this, all agency workers will be entitled to equal pay with direct recruits after 12 weeks in the same role. Written notification that the derogation will no longer have effect must be provided by the agency to workers whose contracts have a Swedish derogation provision by 30 April 2020.

From 6 April 2020, the holiday pay reference period will increase from 12 weeks to 52 weeks for these workers. In practice this means that employers will be required to look back at the previous 52 weeks where a worker has worked and received pay, discarding any weeks not worked or where no pay was received, to calculate the average weekly pay. Where a worker has been employed for less than 52 weeks, the reference period will be the number of weeks they have been employed.

The new legislation does not cover the calculation of holiday pay for workers with ‘normal working hours’ whose pay does not vary, an employer can make any necessary calculations with reference to an undefined “representative period”. In practice, even though the new legislation does not apply to these workers, it might result in tribunals being more inclined to view 52 weeks as being ‘representative’ and employers may want to give consideration to using the 52 week calculation window as standard.

The threshold required for a valid request to set up an information and consultation arrangement is being lowered from 10% of the workforce to 2%.

With effect from 6 April 2020, employees will be entitled to take one or two weeks off work following the death of a child under 18 or a stillbirth under the new right of Parental Bereavement Leave. The right will apply in cases of deaths or stillbirths occurring on or after 6 April 2020 and affected employees may be entitled to statutory parental bereavement pay (SPBP) depending on their earnings and length of service.

Parental Bereavement Leave will only be available to employees and there will be no minimum length of service requirement. The right to the leave will apply on the death of a child under 18, including a stillbirth after 24 weeks of pregnancy.

The right applies to the child’s parent(s), which includes an adoptive parent, prospective adopter, intended parent under a surrogacy arrangement, a parent “in fact” (someone looking after the child in that person’s own home for the last four weeks), or that person’s spouse, partner or civil partner, but not a paid carer.

Leave can be one week, two continuous weeks, or two separate weeks starting on any day of the week. Leave may be used anytime in first 56 weeks after death or stillbirth of child.

During first seven weeks, employees need only give notice of intention to take leave before they are due to start work on the first day of leave. From weeks 8 to 56, leave requires at least a week’s notice. Leave can be cancelled or rearranged with the same degree of notice as above.

Payment of the statutory payment will be available to employees and paid office holders with at least six months’ continuous service and normal weekly earnings of at least the lower earnings limit.

SPBP is paid at the same rate as statutory paternity pay or shared parental pay with one or two week’s pay available, starting on any day of the week.

We are aware that some employers will want to put in place a written policy that deals with the new statutory right to parental bereavement leave and pay however, it may be that an existing policy on compassionate leave is already contained within the staff handbook, which may already cover leave in circumstances of parental bereavement.

Discriminating against Vegans: What employers should know

In a widely reported decision, the Employment Tribunal has found in a preliminary hearing that Mr Jordi Casamitjana’s belief of ethical veganism is protected as a philosophical belief under the Equality Act 2010. Mr Casamitjana is awaiting a final hearing on the merits of his claim to determine whether he was dismissed and discriminated against due to his ethical veganism beliefs.

The legal principles of the case are somewhat complex and employers should be aware of the Equality and Human Rights Commission’s Employment Statutory Code of Practice which offers guidance on an individual’s manifestation of a religion.

Although the final judgment in the case is yet to the passed, the preliminary judgement may give way to an increase in discrimination claims by ethical vegans and others holding philosophical beliefs and employers should now be prepared for employees to pay closer attention to their approach, practices and policies with a view to raising a challenge. Employers should at least have an increased awareness over matters concerning an employee’s religion and belief and when it comes to the question of vegans, perhaps have regard to some of the following.

Employers that place arbitrary limits on an employee’s right to manifest their belief may be at risk of unlawful discrimination claims. Equally, employees should not be harassed or embarrassed because of their views, nor should an employee harass others who do not adhere to the same beliefs.

Employees may be expected to store their food in shared fridges. In the case of Jewish employees for example the EHRC’s Code suggests that employers should supply a separate fridge shelf to address, for example, an orthodox Jewish worker’s religious belief that their food should not come into contact with pork products. It could be advisable to make the same accommodation for a vegan person. Employers that do not currently provide vegan options may face employee demands to do so.

Employers may require employees to wear uniforms or may provide employees with certain clothing and footwear Requiring an employee to wear leather or other materials from animals might amount to indirect discrimination. To avoid indirect discrimination, any strict dress codes should be justifiable as a proportionate means of achieving a legitimate aim, such as health and safety. Where an employee has vegan beliefs, it seems likely that a non-animal product alternative to the uniform should be explored and provided, if proportionate.

Beliefs about the need to reduce travel or to use of certain forms of transport may arise; in Mr Casamitjana’s case this included modes of transport that are more likely to injure animals or that harm the planet. Rather than requiring attendance at meetings or conferences in person, an employer may be asked to offer remote attendance or to critically assess what travel is essential.

Each case involving an employee’s religion or belief or, manifestation thereof, will have its own specifics and employers will have to act based on the facts of each individual case it faces.

If you would like to discuss the upcoming changes and how we can help, please speak to a member of our team on 01274 864999.

Call a member of the team:

How Do You Engage Staff
Starting a Business, Managing Staff and Much More
The Thorny Issue of Managing Absense
Flexible Working Download

Starting a business, Managing Staff and Much More Podcast

Starting a business, Managing Staff and Much More Podcast

How Do You Engage Staff Podcast

This site uses cookies. By continuing to browse the site you are agreeing to our use of cookies. Accept